Trip to Addis Ababa - Merkato, the Largest Market of Africa

Here in The Hague (where I am living now) we have what is supposed to be the biggest open air market of Europe. In Addis Ababa there is the biggest market of Africa. Obviously they are ... not quite identical.

So, on the first complete day of my stay in Ethiopia we made a trip to this market, called 'Merkato'. It was a pretty intense experience - I guess the average guy from the west, like me, is simply more accustomed to taking some cheese out of the fridge in a supermarket than to inspecting the eyes of a live quicken when he needs some food. Still, that's precisely the point of traveling, so it was a very enjoyable stay at this market. Some impressions:

One man's trash is another man's resource - recycling is one of the major businesses at the 'Merkato', not unlike similar places in for example India; also involving quite a lot of manual labor. I guess that's a pretty obvious consequence of the prevalent consumerism of 'the west', plus of course middle/upper class people in all countries - lots of everything gets bought, lots of everything gets thrown away, resources (metal, paper, etc.) become available cheaply from scrap, so it's worth doing recyling. Personally I even think that those recyling shops keep cities alive and (relatively) healthy - otherwise they would probably get smothered under all the rubbish they produce every day. 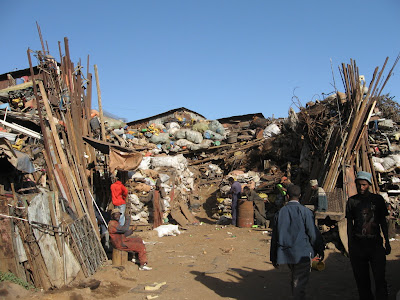 In the next picture: Marco negotiating the price for 100 tons of iron. He wants to build a ship by himself. I told him it's not such a good idea. He finally agreed (and bought aluminium instead). 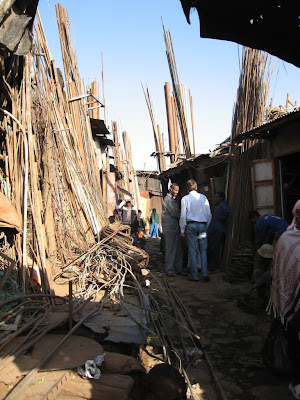 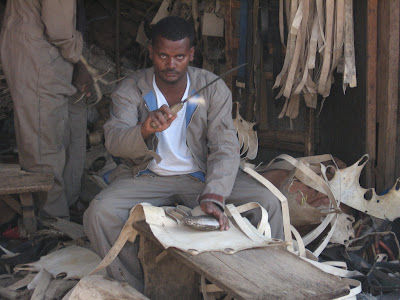 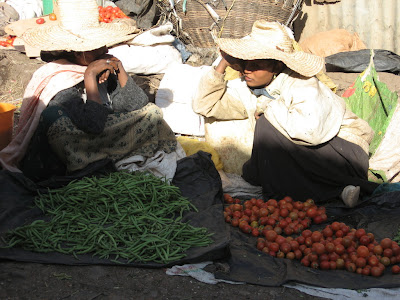 That's quite an amusing picture - delieveries from USAID (I guess it was canola oil) recycled into sieves. 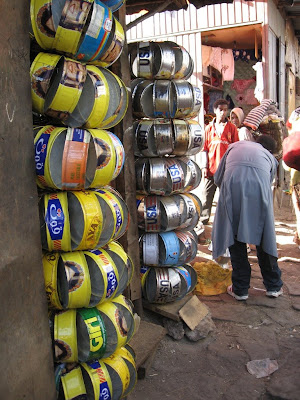 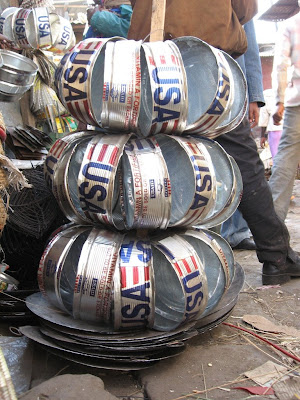 She found a chicken that pleased her... 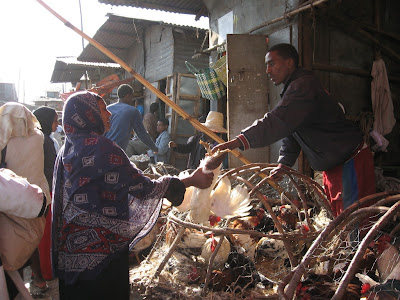 ... but no worries, there are still some left for you and me: 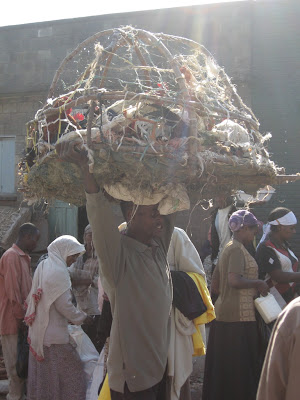 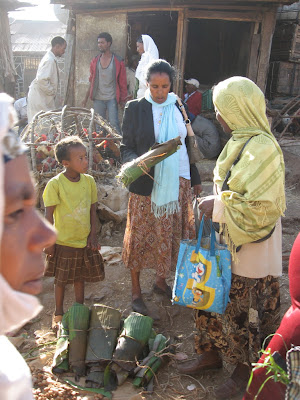 Lots of impressions, I had a sound sleep that night!
Posted by Andy at 9:51 AM

Greetings from Turkey.Have a nice day.