Now it's been a few days already - I was turning 32, and since Uli from Frankfurt is currently visiting me I exchanged my office for traveling for a couple of days. We had a very good stay in Mysore and at a small resort at Kabini Lake where we went on a safari - the first time for both of us.

While Mysore is well-known for its Palace and also a few sacred sites such as Chamundi Hills, personally my favorite was the market place: You hardly ever see such intense colors in other places of the world. 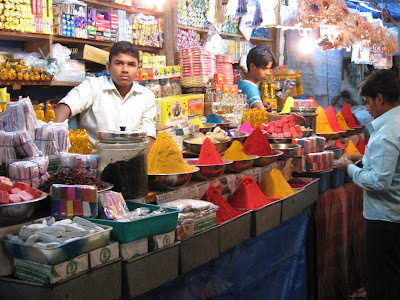 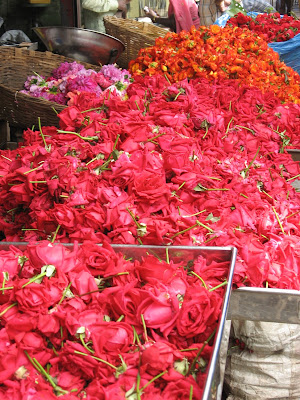 Reading the newspaper on Chamundi Hill. 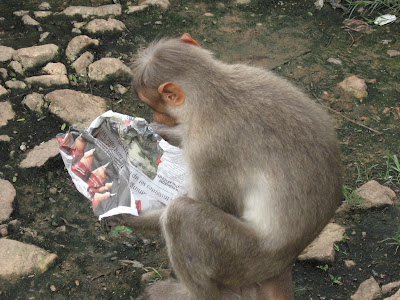 We stayed in Mysore for one night and went on to take a cab to the Kabini Lake where we stayed at the Kabini Lake View - about 60km/90 mins drive from Mysore, situated directly at the lake itself. The 24 hours we stayed there we went on a safari as well as a nice boat trip - with delicious food throughout: 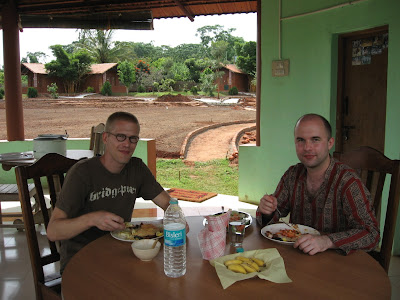 During the safari the first 30 minutes or so not much happened, so all animals we have seen were flies and butterflies at best. But then we came to a small village within the forest where indigenous people are living, and now it was elephants instead of flies: 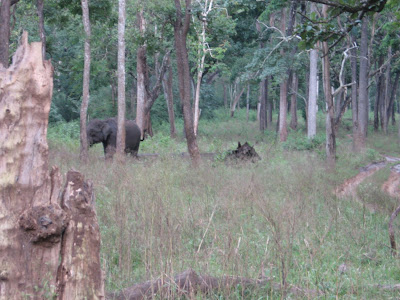 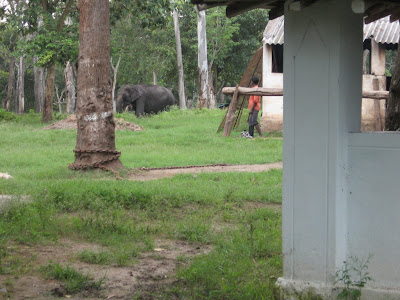 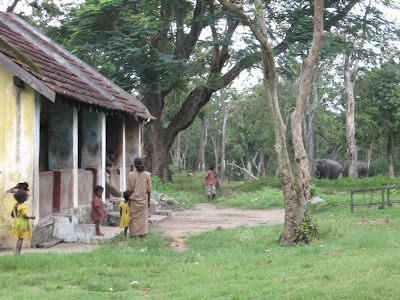 We have also seen a couple of monkeys jumping from tree to tree: 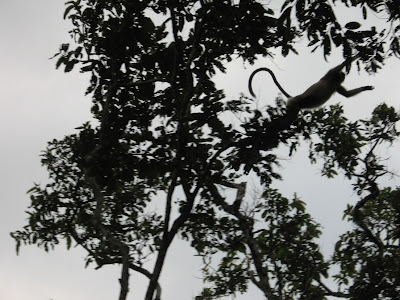 So that was a very nice start of the day - and I have to admit that being confronted with people living so differently made me wonder about the kind of trivial worries I tend to have sometimes. Quite a good experience to have from time to time. A long journey was concluded with a campfire together with some local people... 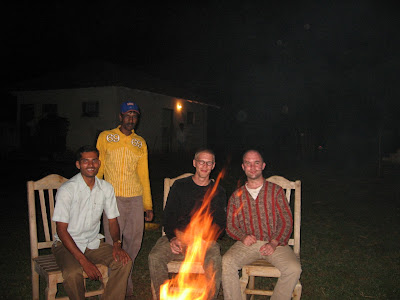 The next morning it was time to get up early to go on a birdwatching trip on Kabini Lake. I noticed this boat and implicitly assumed that we would make use of it to travel across the lake. This illustrates the danger of implicit assumptions since when we came to the water...

this fine young lad was waiting for us to cruise the sea. While I was a tiny bit unease when entering the boat, after a while I was actually pretty impressed by both the speed as well as the complete flexibility in navigation the construction allowed for. I guess sometimes it's good to simply believe people that they know what they are doing, even if it's a bit different from what you are used to. 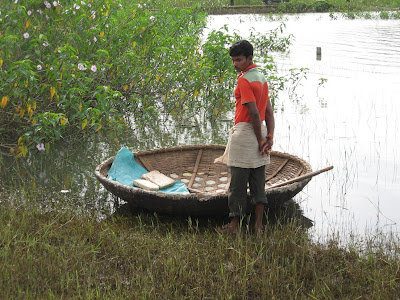 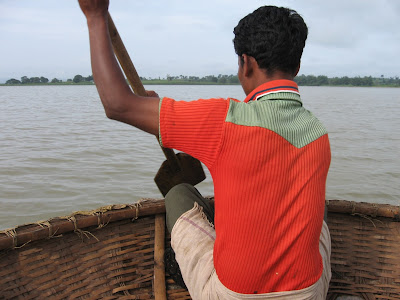 Cruising the lake was impressive - in particular after spending the last weeks (or nearly months) in Bangalore most of the time. You could 'hear nature' on the water and you could also hear it at night which felt really good. While on the water we encountered some local fishermen with quite decent catch that day: 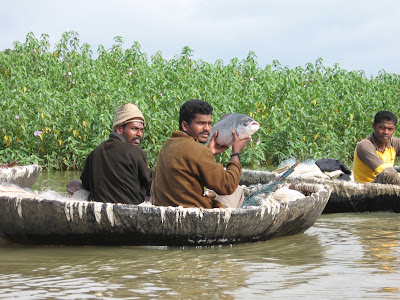 Two more weeks left in this country, staying in Bangalore and going to Singapore and Madras for a few days. I think although I was traveling quite a lot in recent years I never had as many impressions as during the two months I spent in India.
Posted by Andy at 1:28 AM

Great pics Sir. Loved the one with the monkey. Thats just too good. I linked your blog to my blogroll.